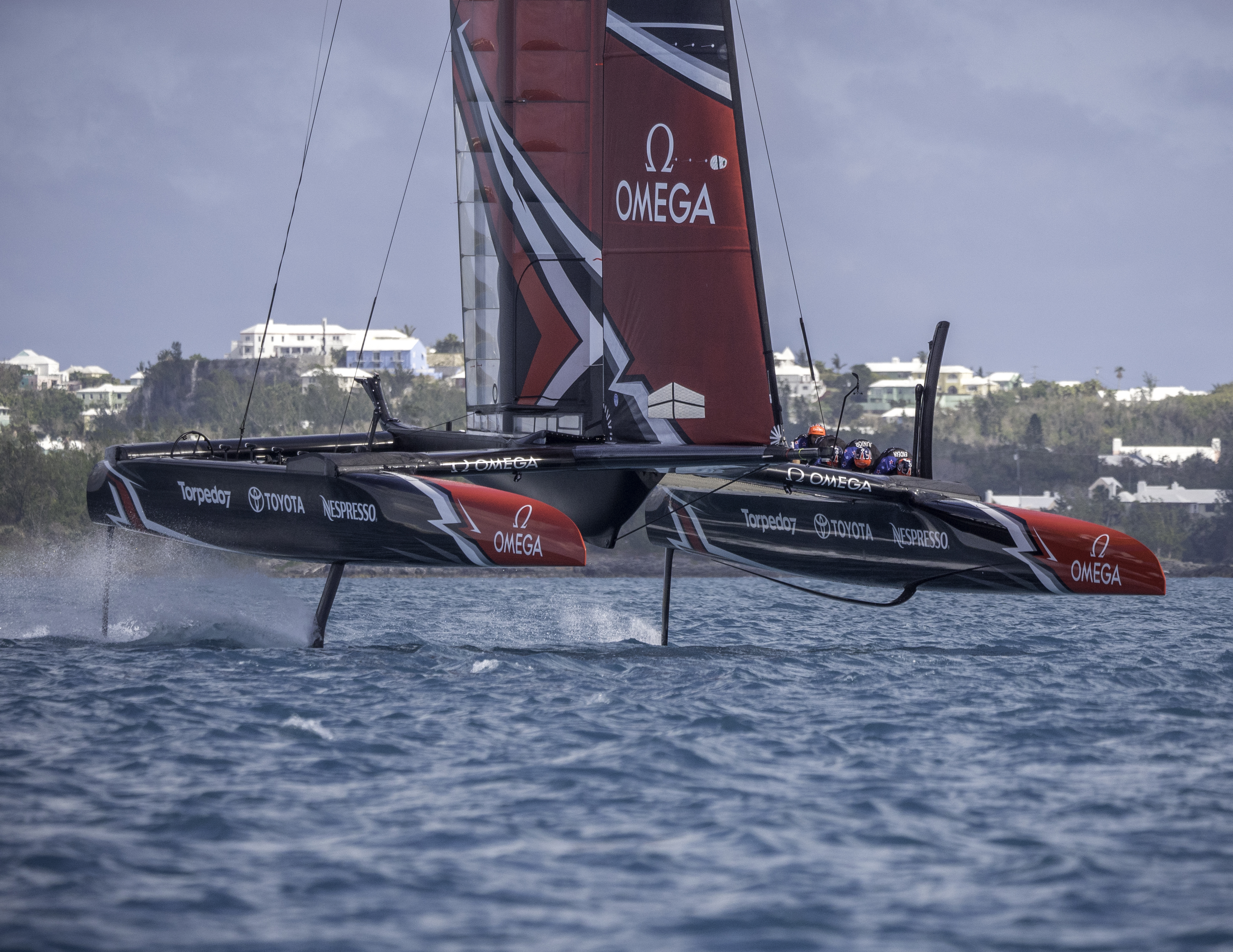 When Team New Zealand launched KZ7 Kiwi Magic in Fremantle in 1987, the new boat’s hull and rig was coated with a new layer of paint technology invented in Wellington by Resene Automotive & Light Industrial.

The company found that a new coating they had developed for industrial protective applications could be applied directly to carbon fibre and was ideal for racing yachts. The new coating was called Resene Durepox, combining the words durable and epoxy.

For the 35th America’s Cup in Bermuda, Resene have taken that technology to new heights.

Richard Muirhead General Manager Resene Automotive & Light Industrial explains: “Prior to foiling yachts, Durepox was the go-to product for hulls and rigs, as it is a single product applied direct to carbon fibre, with an extremely low co-efficient of friction. It achieved weight savings and improved slipperiness for the yachts through the water. When foiling yachts came about, we were asked to look at improving the hardness of the coating, as the pressures and temperatures exerted on the foils and rudders were extremely high. We did this with Durepox Xtreme.”

The new-generation coating delivers a ‘higher crosslink density’. It’s a tougher coating with ‘superior slip, mar and abrasion resistance’, according to the technical data. It also provides excellent flexibility and adhesion with comparatively low mass and can be applied wet-on-wet and sanded within three hours, saving time.

The technology evolved with each of ETNZ’s America’s Cup campaigns.

Durepox and Durepox Xtreme are Resene Automotive & Light Industrial’s fastest growing market segment and are exported around the world including to Australia, Italy, England and the United States. The company sees potential for future growth wherever there is carbon or composite type construction – anywhere from wind turbines to yachts, bikes, cars, boats and even aeronautics.

Richard Muirhead says: “Being involved with Emirates Team New Zealand has been incredibly satisfying for Resene and our employees, as they represent the pinnacle of yachting technology. For our products to be continually selected as their go-to coating is a huge vote of confidence in our people and our ability to create leading-edge solutions.”

“Our longstanding relationship with ETNZ has spun off into multiple teams for the 2017 America’s Cup in Bermuda, with at least four other teams using our technology this time. The excitement for our staff is high, and we are of course cheering for only one boat: Emirates Team New Zealand,” says Muirhead.

The Build of Boat Two

Resene Automotive & Light Industrial is part of the Resene Group, - New Zealand’s trusted name in coatings since 1946. For information on architectural and decorative coatings, visit the Resene website resene.co.nz

Back To Top
×Close search
Search
×